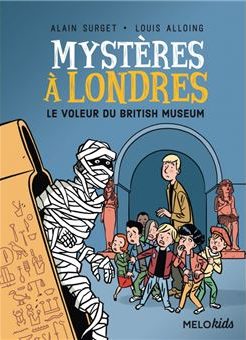 After their Scottish adventures, Alex Moury and his school pupils are back on the road. They will discover London, London parks, London great museum and London culture… but also get themselves at the heart of a new intrigue. It all started with a briefcase, fallen between Alex Moury’s hands, containing an original manuscript signed by… William Shakespeare. Add to that a gang of bandits and a few mummies from the British Museum: here is a new trilogy so british!

The Mysteries series is a series of illustrated fiction, that will take you all around the world with a class of 10 and 11 year old and their teacher.